Nigerian rap is a source of one of the more peculiar conversations in contemporary culture. There’s typically the argument that the genre lacks commercial viability before proceeding to judge rappers based on the mainstream success of their tracks. Comparisons to South African rappers are always on the horizon as criticism of Nigerian acts pops into the conversation. For rappers, it’s a place between a rock and a hard place, one day feeling unappreciated, another feeling a unique sense of connection with their audience. Since M.I. asked his contemporaries to fix up their lives, a new wave of some sort has emerged. Acts like Ladi Poe, Blaqbonez and the very exciting Psycho YP have energized the scene in the last couple of years.

It’s Easter weekend in Lagos and the city is gearing up for two competing headline events. Skepta and Grace Ladoja’s Homecoming in its second iteration and the 6-year-old Eclipse Live promoted Gidi Fest. Away from the Christmas craze, Easter is fast becoming the next peak season in the industry. Nicholas ‘Psycho YP’ Ihua- Maduenyi, the Manchester via Abuja rapper is in town for Gidi Fest. Looking better suited to Atlanta than Lagos, he’s gearing up for a busy day of what will involve meetings, soundcheck and then performing a set. We meet up in the restaurant of a VI hotel. The rest of his crew check out while we settle into our conversation.

It all started in Year 9. Looking for a mode of expression, he would “open my laptop and start recording.” As a popular kid, the music gained acceptance first within his immediate circle and then found its way to common rooms at other schools across the capital. Thus, the artist and his fanbase were born. Hulkshare, the file-sharing website functioning as the vehicle. The growth is clear. He speaks of initially being unsure of his parent’s reaction but growth has been characterized by some headline moments. Performing at Abuja proms meant keeping late nights ever so often. His mum has colleagues who are fans and keep up with his every move while his dad shows his Instagram off. It’s the classic Nigerian parent tale of earning trust by proving consistency and staying power. 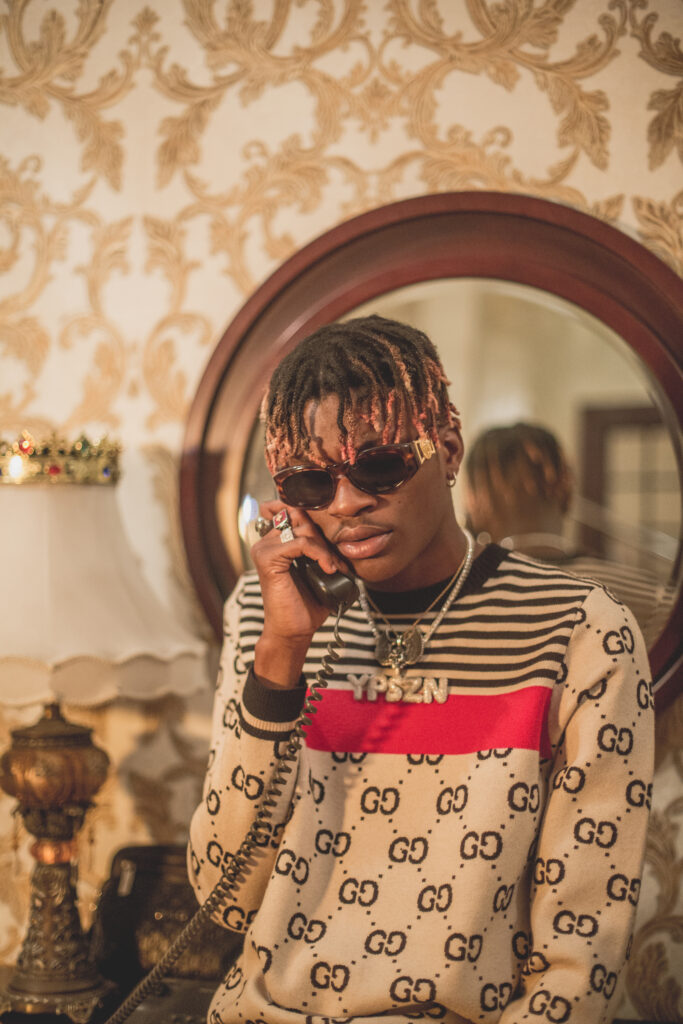 Abuja’s status and position as both the center of the country and the Federal Capital Territory essentially renders it as open to all. Originally from Port Harcourt, another of the country’s most prominent cities, Abuja is where YP calls home. Though, the American Hip Hop scene largely takes its roots on the East Coast, the crown has oscillated between different regions from the Midwest domination of the early to mid-noughties which saw acts like Nelly, Eminem, and Kanye West take their place at the center of the culture to the West Coast’s resurrection via Kendrick Lamar. Currently, Atlanta takes the mantle as the Hip Hop capital. In Nigeria, while Lagos holds value as being the commercial and cultural capital of the country, places like Abuja, Port Harcourt, Ibadan and Jos have performed the role of secondary hubs and possess a great degree of soft power. Abuja’s contributions might be understated but with the current success of the likes of Tay Iwar, Lady Donli, YP and Aylø, its impact is surely going to be felt. Speaking on his connection with the aforementioned acts and the capital’s possible renaissance, he speaks of feeling the love. “The music connects all of us already. These guys are older than me but I talk to them. I hit them up anytime. I literally just recorded a song with Tay. People like Zilla, Kudi, Ayuu- those are my guys. Those are the people I create with. Those are the people I come together to record with.”

Building on the theme of community and growth, he explains to me how the idea of Apex Village, the Odd Future style collective he fronts was born culminating in the early 2019 release of Welcome to the Ville. As he basked in the glow of the success of his 2018 debut YPSZN, the thought of building a community weighed heavy. Leaning on the Davido principle of “rising by living others”, he speaks of “getting a lot of clout from social media and all these things. Getting a million streams on Apple Music. I just felt like there was a lot of attention on me and all my other friends had their own things going on that I felt the world needed to experience.” Thus, Apex Village was born. The collective features a range of artists across multiple art forms from Production, Graphic Design, Photography, Videography, and Illustration. Conscious of the fact that creatives without commercial leanings are vulnerable to exploitation, he ensured they grasped the process of profiting from their art. The change has been obvious. “It made them a bit more confident about doing music. A lot of them would put out music and it was just Soundcloud that was popping. Like 5k streams. In my case, I know when I started getting playlist placements on Apple Music it motivated me to do more. And I feel like there’s a lot that they don’t know about music in general that I feel like I have to put them on game slowly.” On the ever-relevant issue of funding one’s career when in a state of nascency, he’s clear that working with fellow up comers represents the best workaround as interests tend to align. 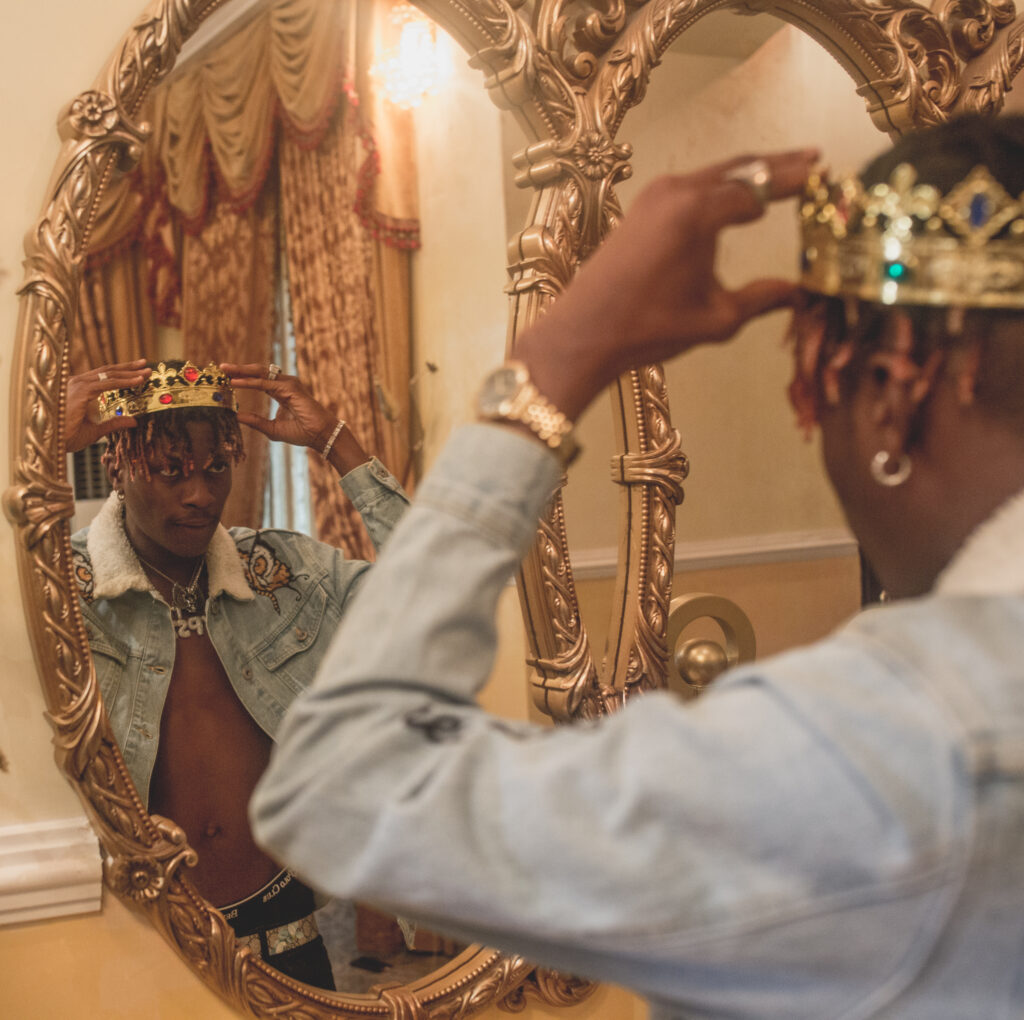 With features from the likes of Santi, Fasina and Remy Baggins, YPSZN is everything you expect from a Nigerian rapper with Trap leanings in a post-Drake world. While we discuss work ethic, he speaks of his admiration for Santi who has given back in the form of features for a good number of artists in the upcoming bracket. “He’s definitely going to be an icon in the next 40 years. He’s an illustration of the word creative. He’s going to be so big in Africa”. It is from this point where we segue awkwardly on the topic that gets him most animated over the course of our conversation- the state of the union that is Nigerian Music. He’s emphatic in suggesting that Rap is viewed as an essential genre of music- one that he and his contemporaries need to push to “remind people that great Hip Hop can come from our country”. That doesn’t preclude them from criticism though. “M.I will drop a Fix Your Lives and people are motivated to start rapping and M.I will not put out a record again. It’s so annoying. Dice will rap hard on someone’s album and then the next single will be Pop. It’s annoying.” Pushing back that there’s a conversation to be had about the efficacy of rap as a mainstream genre and the inevitably complex relationship of elevating the art when faced with commercial factors, he lets me know that “the older guys are not worried about it again. They have gotten comfortable. I expect someone like Dremo as he’s signed to DMW to give us some rap jams. Then, he’ll drop an album and 7 of the songs are Afrobeat jams.” Making his point clear and emphasizing the need for purists, he says “I would hate to be known internationally for a song where I was not rapping. For example, Ycee on Juice. I wonder how he feels. I’ve heard some stuff for his next project and they’re all hard. But then, he’ll make a song like Juice cos he knows he can do it.” We reflect on the comments made by Adey, the Juice producer on not getting paid for the record which he takes as further evidence of the need to stick to one’s roots. “Imagine how he feels. That’s his biggest song internationally and he’s not really rapping. If you’re going to die, die believing in your shit.” It is clear his comments are not meant to be disrespectful particularly as the artists referenced are both people he looks up to and collaborators who have become friends. It is reflective of a desire to improve on his forbears by learning from what he views as their mistakes.

YP does share a valid point, the Nigerian mainstream hasn’t really been accepting of rap purists in the last couple of years. There’s an extensive list of artists who love rap and want to be rappers whose willingness is basically curtailed by the need to pay their bills. Who are we to blame them though? Rema’s introduction serves as a case in point. Mavin is in a league of its own with regard to the commercial side, label operations, and rollout campaigns. When they set out breaking their new golden boy and cash cow, they opted to lead with his Afropop project which featured Dumebi, Corny and Why. As it came, so did videos of freestyles in cars hit our Instagram feeds. Those freestyles swiftly morphed into Rema’s sophomore project, a freestyle EP and the blueprint feeds into YP’s take. Many Nigerians with influence in the music industry simply will not bank on rap as their go-to when they believe they can earn more from more accessible genres and only engaging with it as convenience present the opportunity.

As he battles with the last lap of completing a university degree, he reflects on what has been the highpoint of his year. Away from getting booked to perform at one of the hottest festivals in the country, outside his primary territory, the remix to YPSZN’s Oga is in his opinion “the biggest rap record this year”. Built-in the tradition of Hip Hop posse cuts, the song takes in verses from Ycee, Dremo, and Blaq Bonez. Ycee was his first choice for a remix and his appearance formed the result of a long term pestering effort. His messages had been ignored but upon seeing Ycee use the lyric “Oga no be today we dey flex” as an Instagram caption he demanded a remix verse. The verse came through and Dremo, his favorite Nigerian rapper was the next obvious choice. Satisfied with his work, he started promoting the record and received a message from Blaqbonez letting him know there was no way the record could be up for public consumption without his input. As at the time of speaking, the song which had been out for a month had been streamed 80,000 times on Apple Music. There’s also a joint project with Blaqbonez in the works.

As far as movements go, there haven’t been any more memorable in the last couple of years than the Me Too movement which offered a voice and a day of reckoning for victims of sexual abuse and their abusers. While there’s a great degree of progress to be made on this matter in the Nigerian context particularly as a result of the lack of consequences, there were signs of some fightback last year when a group of Nigerian girls in the 18-20 age bracket published anonymous accounts of abuse. Some of those accused owned up to their misdeeds while others professed their innocence. YP was one of those accused and while the details are quite woolly as they can’t really be tracked down, I make a note to question him about it. He denies the accusations, categorically pointing out that he and his team requested some form of authentication as his accuser was anonymous. “We requested a name and we never got it”. While he’s sympathetic towards victims and their possible ordeal, he requests a greater degree of responsibility.

In trying to push a genre most perceive to be less, we need believers. Believers in the genre and believers in themselves. It’s indisputable, Psycho YP is a believer who will continue to go against the grain fighting for what he believes in. For rap. The mind frame is right, the music is right and Psycho YP is gunning for the throne but today, he will have to settle for the title of Fresh Prince. 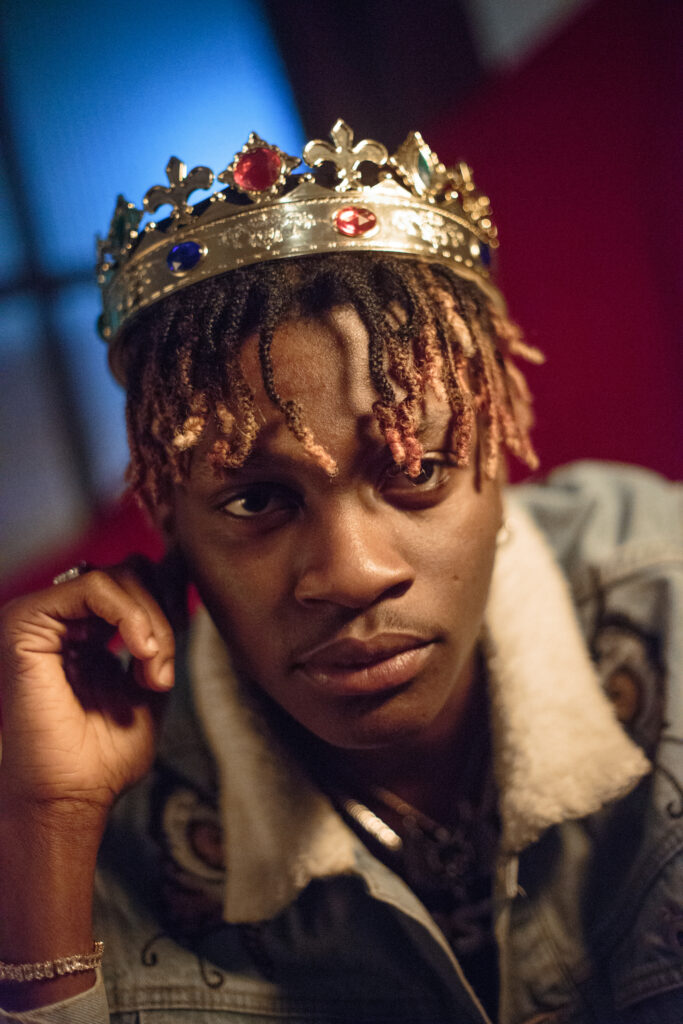